What does your iPhone or Android say about you?

It turns out your phone can say a whole lot more about you thank what you may think. A British study from Lincoln and Lancaster University surveyed 530 people over 2015 and 2016 about their phones and their feelings. And what came out in the results was interesting.

To quote the researchers: “We found that iPhone owners are more likely to be female, younger, and increasingly concerned about their smartphone being viewed as a status object.”

So it’s true what they say about Apple fans? Aaesthetics before function, logic, simplicity, form and just about everything that makes a smartphone, a smartphone.

But there’s more. More internal stuff, that is.

“Key differences in personality were also observed with iPhone users displaying lower levels of Honesty-Humility and higher levels of emotionality,” say the researchers.

One might conclude that iPhone owners are more dishonest, more full of themselves and highly prone to emotional outbursts?  Androiders are supposedly older, more honest and agreeable, less likely to break rules for personal gain and not so keen on wealth, status and being an overall shallow person.

The study was originally presented in September at the British Psychological Society Social Psychology Section annual conference. But it was fully formalized and finally published last week in the j0urnal Cyberpsychology, Behavior, and Social Networking.

Researcher David Ellis said that he and his team did have preconceptions.

All this came to pass. However, Ellis said that they were surprised that iPhone users turned out to see themselves as less honest.

He explained that once the researchers began their work, they became quite good at predicting what phone people had.

“We were able to build a statistical model that, after asking people a few questions about themselves, could predict what type of phone they had in their pocket about 70 percent of the time,” he said. 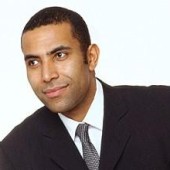 Comparing iPhone 8/Plus and iPhone with other Smartphones

What is the OnePlus 3 and OxygenOS phone